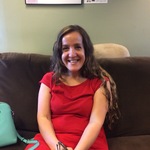 "I would say my experience at Bard has pretty much informed my whole life."

Note: This interview concludes with a discussion of a violent sexual assault near campus, and the psychotic break of two classmates resulting in the deaths of several people.

Leora Fulvio, '97, talks about the culture of Bard in the 1990s, in both its positive and negative aspects. She also discusses her own work at Bard and how she wishes she had taken it a bit more seriously: “I represented the 90s very well…. We were called ‘Apathy-on-the-Hudson.’” Fulvio recalls the relationships she made at Bard that she still considers her strongest friendships; her reasons for choosing Bard College; and how her liberal arts education inspired her to become a psychotherapist specializing in the treatment of people with eating disorders. She finally talks about specific violent events at Bard and says these were ‘hard years’ that made people feel ‘traumatized’; ‘like the world was not a safe place’. Despite this, she describes the feeling of peace and safety that Bard represents for her.